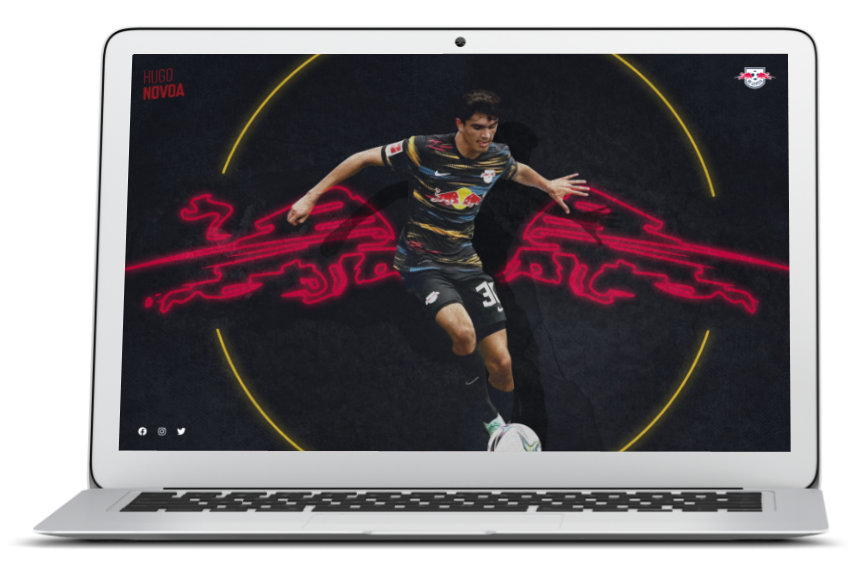 Hugo Novoa, a RB Leipzig footballer and one of the most talented and promising footballers of the 2003 generation, has started to develop his personal brand with ImagoSport. The Galician athlete is aware of the importance that communication has and will have in his career, and it is a challenge for us to accompany him and advise him in this regard.

At 18 years old, Hugo Novoa is part of the RB Leipzig first team, with whom he has worked during the preseason 21-22, playing numerous games. In August 2020 he had already been called up for the quarterfinals of the Champions League. At the same time, this season he has also played with the Spanish under-19 team, where he has shown some of his qualities: speed, very good technique (in the words of coach Santi Denia) and good passes that always serve the team from the side.

A dream come true ? Thanks to everyone who supported me specially my family. And thank you Dominik for that assist! More to come! ? @RBLeipzig_EN pic.twitter.com/x1wikj1tYO

The Galician is part of the successful generation that won the Copa de Campeones with Deportivo and is now one of the 10 Spanish players in the Bundesliga, four of them in Leipzig: Dani Olmo, Angeliño, Josep Martínez and Hugo Novoa.

With ImagoSport, Novoa has verified his official channels, giving them a neat and professional image. Their posts generate a high level of ‘engagement’ while his profiles are growing safely, step by step, just like his career.