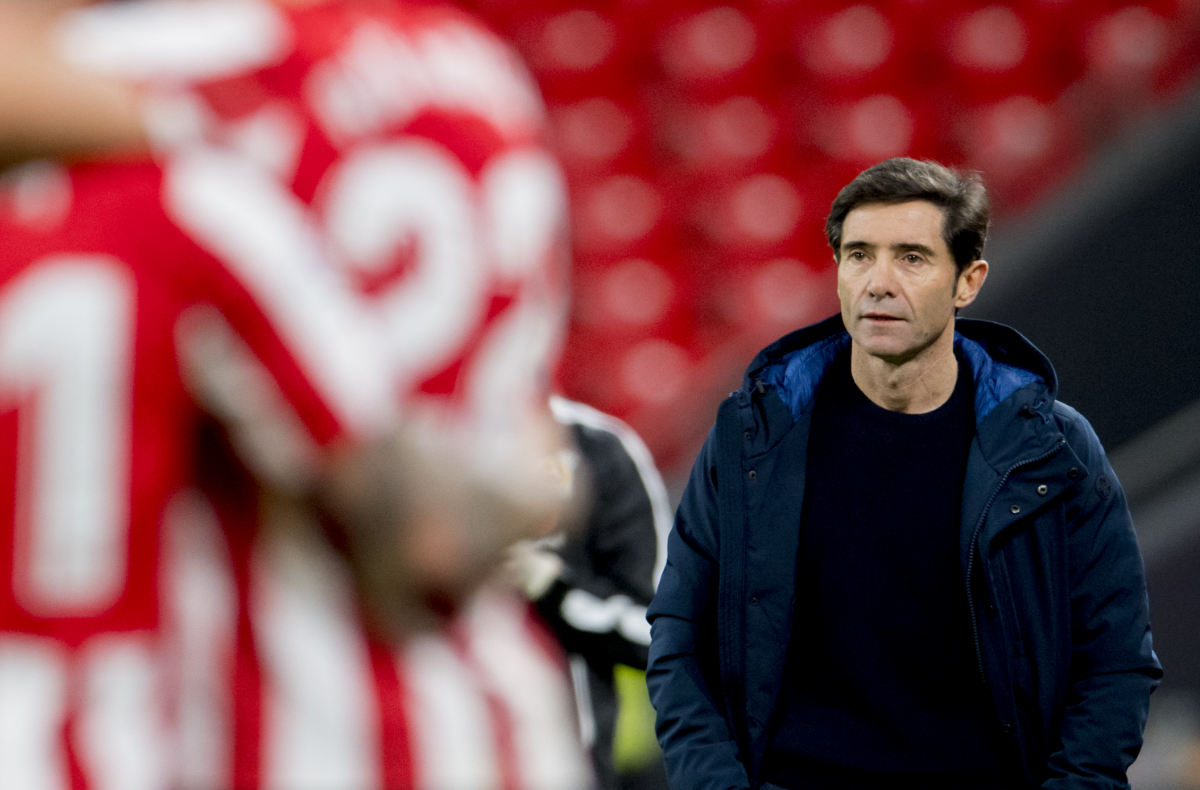 Marcelino García Toral, one of the leading coaches in Spanish and European football, launches new Social Networks at the hands of ImagoSport. We are delighted to announce the start of an agreement that will allow us to work global communication with the current Athletic coach.

The ambition, preparation and leadership skills have guided Marcelino throughout his career. Since his early stage at  Lealtad, Sporting Gijón (where he made his debut in the Top Flight as a player), Recreativo, Racing, Zaragoza, Sevilla, Villarreal and Valencia. The last on the list is Bilbao, just three months ago, where he has helped achieve the Spanish Super Cup and qualify the team for this year’s Copa del Rey final. He will be the second coach in the club to participate in two Cup finals in the last half-century. The first one was Javier Clemente.

Marcelino opens his official channels by valuing the daily work of his team: Rubén Uría (assistant manager), Ismael Fernández (physical trainer), Sergio García (physical trainer assistant) and Bruno Uría (analyst). The team completed by Pablo Manzanet (analyst) and Alberto Torres (physical retrainer). All of them will also be on the manager’s official website, in which we are already working together with Flexo digital.

In three months, the Asturian coach has achieved a title defeating Real Madrid and Barça and boosting the Athletic fans’ illusion. Known for the motivation he instils in his footballers, he is already the first Athletic coach to win four consecutive games after coming back from behind. In Valencia, his previous destination, he won the Copa del Rey. Also, he qualified the team for the Champions League in two seasons on the bench.

Passionate and loved by his players, Marcelino recognises Sacchi’s Milan and Cruyff’s and Guardiola’s Barça as football referents. His participation in ‘Universo Valdano’ is one of the first results of working with ImagoSport. A collaboration we are sure will be enriching for both parts.