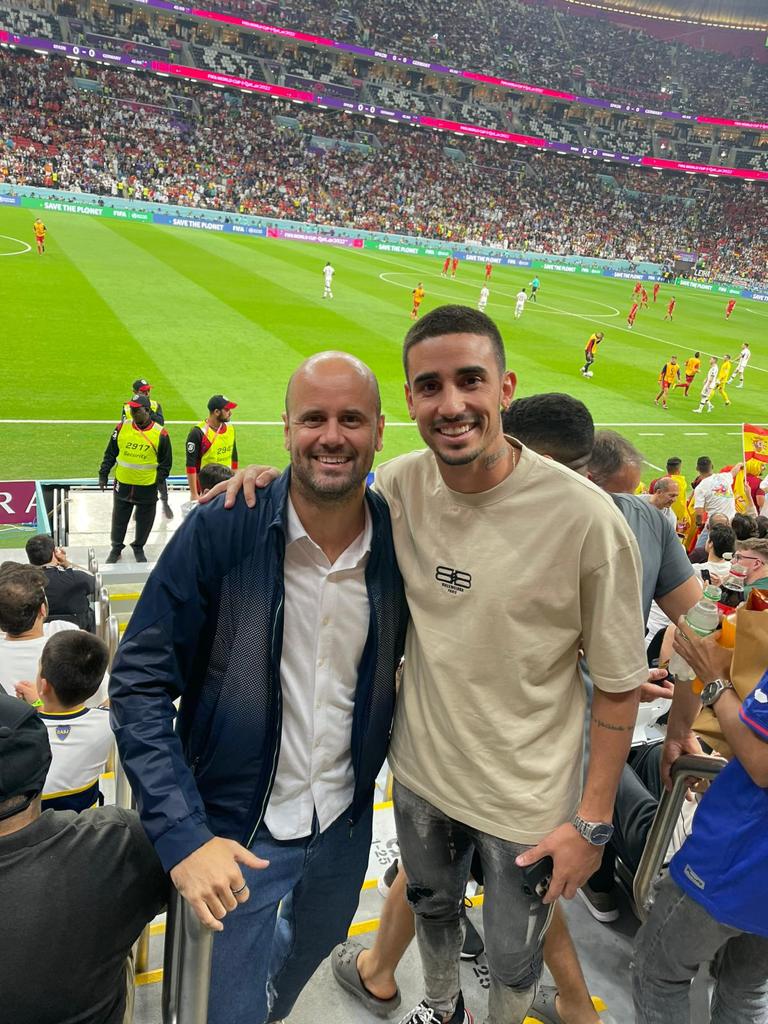 Last Sunday the Qatar 2022 World Cup came to an end with a final filled with emotion. A World Cup that has been a challenge for everyone and in which we have worked with the idea of providing the best visibility to our clients.

Especially off the pitch. Miguel Angel Ramirez has been one of the most active persons of all. As a former coach of Qatar’s youth teams and also Independiente Del Valle – both youth and first team – the young Canary Island coach was an authoritative voice to comment on both the tournament -from a local perspective- and Ecuador’s exciting start to the torunament. Ramírez offered his views on FIFA’s official media and on Gol TV, Axel Torres and Bruno Alemany’s podcast on Cadena Ser or Marca, Direct TV and Eurosport. Martín Anselmi, Ramírez’s teammate at Independiente del Valle and current South American Cup champion with the Ecuadorian club, was also asked to analyse the tournament, both on FIFA, ESPN and Radio Marca.

Mehdi Nafti, on his side, accompanied the Tunisia national team, with whom he won an Africa Cup and played a World Cup, commenting on their matches on Radio Marca. He also evaluated the performance of African teams and the French national team on FIFA Media and on RTVE, RTL France and Ahly TV. Nafti was also consulted by The Guardian to add value to various reports.

Carlo Ancelotti chose to use his own Social media channels to analyse various moments of the World Cup. The Real Madrid coach was providing commentary on matches and qualification through his Instagram stories, with a remarkable reach.

But we have not only worked with our coaches these last five weeks. César Azpilicueta and José María Giménez were an active part of the World Cup on the pitch, sharing with their fans the different circumstances of such an important event. Oriol Romeu, for his part, did not take part in the tournament but spoke on Gol TV to analyse Japan’s performance, where his friend Maya Yoshida was playing.

We would like to thank all the media with whom we have collaborated, always trying to add value. It is a pleasure to work with professionals who understand communication in an open and modern way.