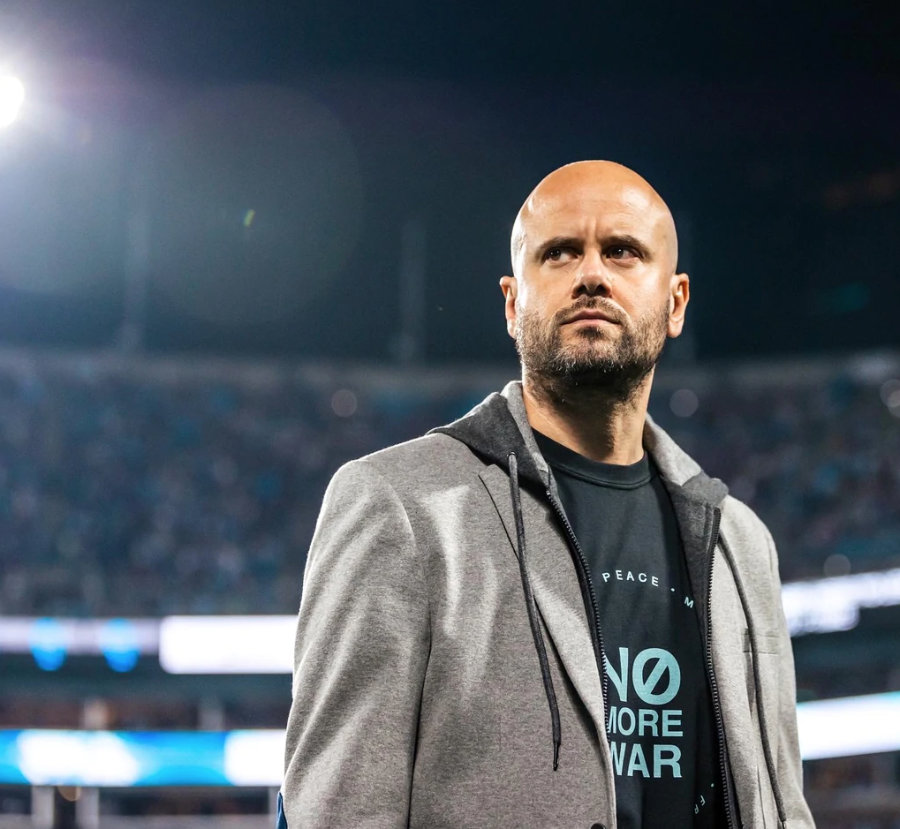 In the first home game in the history of Charlotte FC in its stadium, Miguel Ángel Ramirez decided that it was a good time to ask for peace as he had done days before the club’s debut in the MLS.

Thus, the Canarian coach devised a shirt with the motto ‘No more war’ and the word ‘peace’ around it in many languages. He discussed it with Brittany Alvarado, who thought of Glory Days Apparel and Boring Cloth to create it. The design is by Taylor Banner. The model charmed the mister and decided to wear it during the match against LAGalaxy, which set a new record for viewers in MLS with 74,479 people.

Many of them, and the millions of people who followed him on TV, wanted to know more about the shirt and kept asking about it on social networks. For that reason, it was thought of making a limited edition whose funds are given to UNICEF, which is developing humanitarian work in Ukraine.

Between Glory Days and Boring Cloth almost 300 No More War shirts were sold. So a total contribution of $3,600 will be donated to UNICEF!

The presale runs from today March 26 to April 11 and at ImagoSport we are delighted to collaborate. All orders placed within the United States will be delivered within a week. You can get it at the following link: