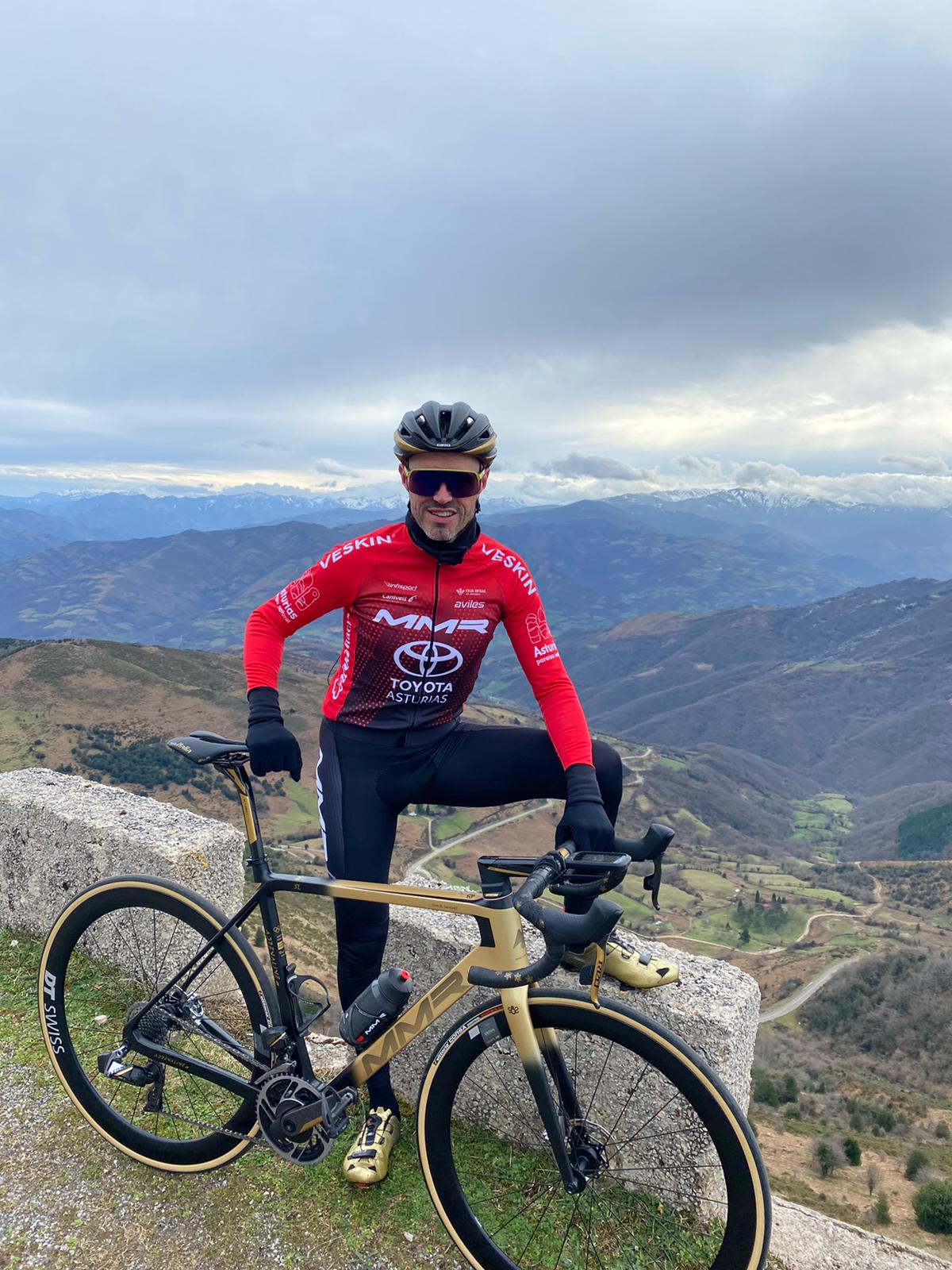 “The Gamoniteiru stage is savage.” During the last months, we’ve seen Samuel Sánchez telling stories from his bycicle about the several key moments of the legndary ascents of Spain. Several months ago, during November, with the bycicle designed by MMR Bikes that was designed for him for his Gold medal, he talked about the key stages of Asturias. La Farrapona has become one of the mythical ports of ‘La Vuelta a España’ next to Lagos de Covadonga and, of course, El Anglirú.

He did it hand in hand with the RTPA in two very special journals although he also explained for TVE and RNE the secrets of those Asturian stages in which he made some kms of ascent to visualize a solidarity cause: ‘La Vuelta de Eva’. A charity run where Eva fights to raise funds for his son Nacho, who has the Dent desease (less than 500 persons in the world have it).

Now, a few months later, the cyclist from Oviedo repeated his experience helping us to better understand what the stages of the ‘Vuelta a España’ 2021 in Asturias will mean, where the arrival at Gamoniteiru shines, which opens in the Spanish round. The Olympic champion, accompanied by one of the national talents forged in the academy that bears his name, such as Pelayo Sánchez (Burgos BH), revealed with the TPA the difficulties of a really tough unprecedented port.

“Ramps that do not go below 13% of unevenness and that even reach 17% in the final part of it”. The Asturian showed with videos and photos the key places to his followers on social networks, as well as the making off of a special day, with snow, and in which the asphalt could be seen somewhat damaged although it will be in perfect condition for the dispute of those stages.