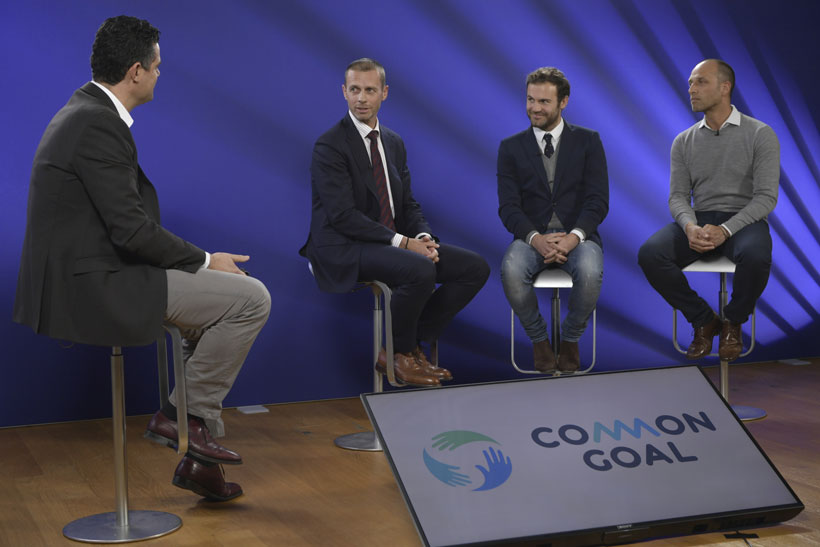 Imagosport, proud to take part of the movement that in three months has become a global reference.

Despite not giving many interviews or being a ‘known face’, Aleksander Ceferin is one of the most influential people on the planet. As president of UEFA, he is in command of an organization that makes more than €4 000 million a year and decides on the great passion for millions of Europeans (and non-Europeans): Football.

Ceferin is the latest to be convinced of the power of football to transform society and trusts in the Common Goal movement to lead that change, turning the support of football players into financial funds for projects that improve the lives of millions of people. A big part of the success of this movement is thanks to a successful communication, behind which is Imagosport. Thanks to Juan Mata, with whom we are proud to work for more than five years now and with whom we have lived great experiences throughout his career, Common Goal has become a benchmark of ‘football for good’; spreading that message is part of Imagosport work that, along with the streetfootballworld team -organization that devised Common Goal- designs and strengthens every day the reputation of an unstoppable movement.

An historic day for football. Thanks Aleksander for joining the movement. #CommonGoal ⚽️♥️?

Carlos Manuel Sánchez and Nacho Silván, two of our founders, traveled to the UEFA headquarters in Switzerland on Wednesday to coordinate the event after weeks of work, and broadcast it to millions of people through Facebook Live. As usual in any major event, there were some last-minute obstacles (cancelled flights, delays …) but they did not prevent Jürgen Griesbeck, as leader of this solidarity initiative, and Juan Mata from staging with Ceferin that something is changing in the world of football, and that there are people who are worried about football collaborating to achieve a better society. A day that, as Juan stated through his social networks can be “historic for football.”

AFTER WEEKS OF WORK WITH UEFA, AN ANNOUNCEMENT THAT COULD BE A TURNING POINT FOR THE INITIATIVE WAS MADE

A little more than three months ago, Common Goal was just a wonderful idea that nobody knew. Today, thanks to the support of millions of people around the world, we are making it a reference, a leading initiative to channel the feelings of many people. It is a privilege for Imagosport to be part of it, designing, coordinating, monitoring and generating such a powerful message. Thanks to you all.